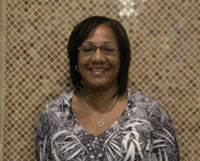 Co-founder of The Andre Booker Foundation. She is a native of Bronx, New York and a graduate of Wayland Baptist University and holds a Master’s Degree from The University of Incarnate Word. Brigitte was a career soldier in the US Army. Brigitte was the chief architect in the creation of The Andre Booker Foundation. She is responsible for keeping the foundation’s direction of giving back and investing in the youth of the community. 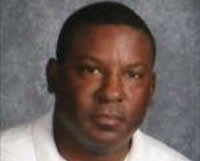 Co-founder and Executive Director of The Andre Booker Foundation. Roger is a Doctoral Candidate in Education Leadership & Policy Studies at The University of Kansas. Roger also works with KU Athletics. Roger serves as a mentor with Mid-America Communities in Schools in the Lawrence Public Schools. He has been in the education profession for fourteen years. Roger was a career soldier serving in the US Army and Army Reserve as an NCO and Officer. Roger holds a Master’s Degree from Texas State & Lamar Universities; Bachelor’s Degrees from The University of Texas at Austin and University of Maryland- University College. Roger is also a sports official, officiating high school basketball and softball as well as NCAA Women’s Basketball.Roger has been active in his community by volunteering at The Buffalo Valley Youth Association and as a past member of the Schertz-Cibolo Lions Club. Roger created The Andre Booker Foundation along with his wife Brigitte to honor the memory of their son Andre by investing in education resources for the youth of the community.

Titus is a coach at St. Pius High School in Houston, Texas Titus is a .San Antonio native who attended Converse Judson High School. There he was a two-sport athlete in football and track. During his high school career he was a three-year letterman in both sports as well as a three year State Qualifier in Track. Titus earned his degree in psychology with a minor in sociology at the University of Nebraska-Lincoln. In 2003 and 2004 he was named to the Big 12 Commissioner’s Fall Academic Honor Roll. He also served as the 2006-07 president of Nebraska’s Your Degree First organization, which prepared athletes for their future after their sports career. Titus played a key role in Judson’s 14-1 record and Class 5A (Texas’ largest class) state title in 2002. He would earn second-team All-District honors as a senior for Coach Jim Rackley. Upon graduating from Judson, Titus accepted a football scholarship to the University of Nebraska- Lincoln. There he was a dual sport athlete in football and track Titus played corner back and also safety for the Huskers from 2003- 07. Titus also he competed in the Big Xll Indoor Track & Field Championship in the 60m & 200m.

Following his career at the University of Nebraska-Lincoln he went on to receive his Master’s degree in Counseling at Sam Houston State University. Upon finishing his degree he began his coaching career at St. Pius High School where he has been the Secondary Coach and Defensive Coordinator.